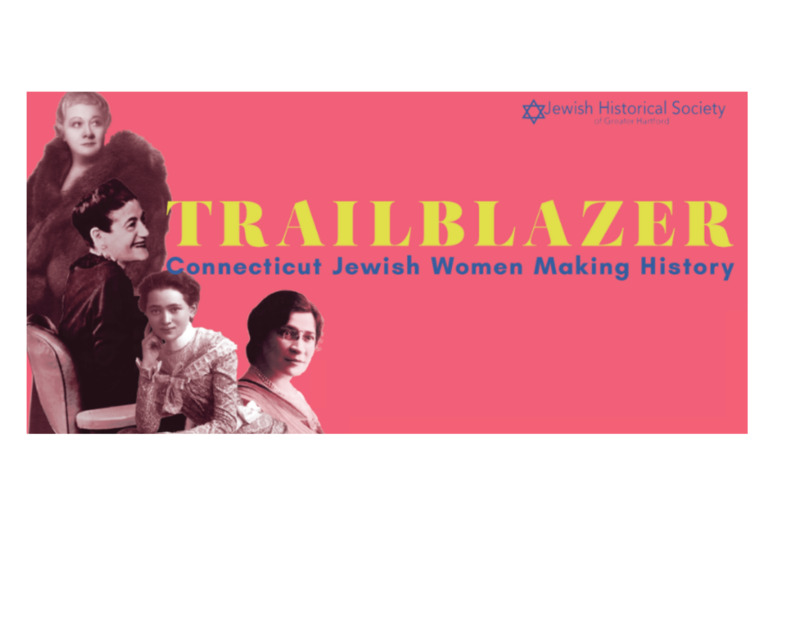 They could not stay quiet.

Jewish women in Connecticut have never been known to sit idle. With visions that took them outside of traditional norms, the twelve inspiring women featured in Trailblazer carved their own paths - despite untold challenges and obstacles. From women's rights activists to artists, journalists, and health and education reformers, these women  overcame obstacles of gender, social class, and  religious identity to make changes that impact our lives today. At various times, these leaders' ideas were considered outlandish, controversial - even radical. But what these women had in common was their perseverance and determination to become pioneers in their fields; standing up and initiating movements for change.

In their roles as artists, advocates, healers, and observers, they were innovators who paved the way for future generations. Their achievements did not come without struggle. They overcame obstacles tied to their religion, gender, and country of origin - demonstrating grit, tenacity, and a commitment to seeing justice in action. We look to their stories as inspiration, seeing the world as being better for having these Trailblazers in it.

This online version of the exhibition was created in 2021.

To explore each woman's story and legacy, click on her name at the left side of the page.