Anni Albers was born Annelis Else Fredia Fleishmann in Berlin, Germany on June 12, 1899. She studied weaving at Germany's Bauhaus School, where she met her husband, artist Josef Albers. In 1933, they escaped Nazi Germany and moved to the United States.

After spending years teaching and producing innovative art work in North Carolina, they moved to New Haven where Josef taught at Yale. In 1970, they moved to Orange, Connecticut, where she lived until her death in 1994.

"Courage is an important factor in any creative effort." 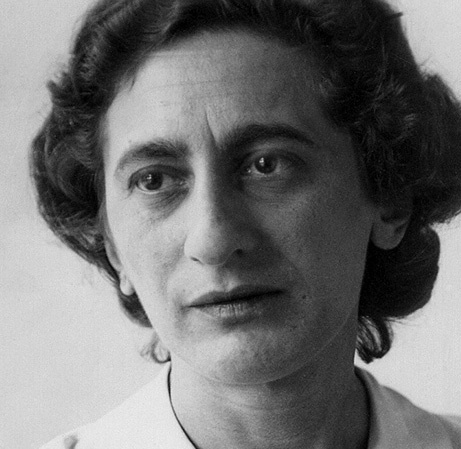 Creative from a young age, Anni was determined to make art and sculpture her life's work. As a woman, she was steered into the realm of textile design. She enrolled at the Bauhaus School in 1922, connecting with its philosophy of the importance of form and function in art-making but she quickly discovered that the Bauhaus did not practice their message of gender equality. As a woman, she would only be allowed to enroll in the Weaving Workshop.

Initially resistant to this career path, she began to see weaving's possibilities as an abstract form after taking a class with Expresisonist Paul Klee in 1927.  He inspired her to push the boundaries of the medium. As her reputation and status within the Bauhaus school coincided with the rise of the Nazis, Josef and Anni immigrated to Black Mountain College, a new experimental school in North Carolina in 1933. 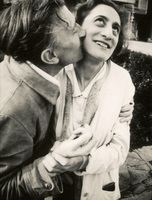 Anni Albers continuously pushed the boundaries of material, technique, and form. At the Bauhaus, her early experiments with cellophane - new at the time - to create weavings that were sound absorbing and light reflective gained her early attention. Throughout her life, she spent extensive time in Mexico, Peru, Cuba, and Chile: learning how the origins of weaving in these placed informed the modern form of her work.

In North Carolina, she worked with found materials, continuing to abandon traditional rules of weaving, "drawing" forms directly on the loom. After her move to Connecticut, she began to make smaller "Pictoral" work, smaller weavings meant to be treated as pieces of fine art. A 1949 exhibit of her work at the Museum of Modern art was the museum's first solo show by a textile artist.

Anni did not step foot in a synagogue after the age of 8, but in 1950, a Texas synagogue commissioned her to create an ark covering. This piece opened Anni up to a series of art works connected to numbers in Judaism, including a series of Six Prayers - panels commemorating the six million Jews killed in the Holocaust, commissioned by the Jewish Museum in New York in 1965.

To Anni Albers, fiber could be architecture, design, and art form. She combined the techniques of craft and the language of modernism, pushing back on the idea of weaving as women's work to transform it into an art form. While she deeply understood tradition, she had bold visions for the future of textile art. Generations of artists have followed in her wake to bring those visions to reality. She and her husband founded the Josef and Anni Albers Foundation in Bethany Ct in 1971.

"To work with threads seemed sissy to me. I wanted something to be conquered. But circumstances held me to threads and they won me over." 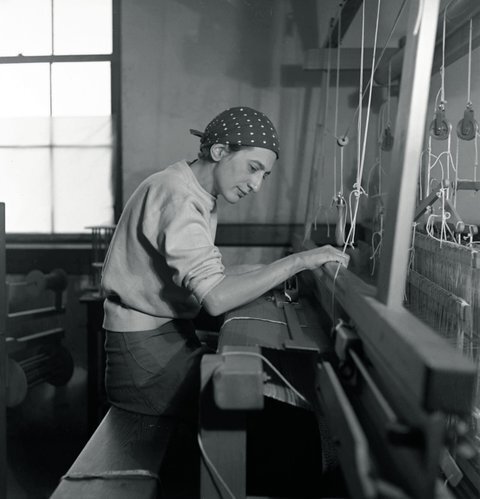