Ellen Ash Peters was born in Berlin, Germany in 1930. When she was eight, her family left Germany to escape the growing Nazi Party and eventually settled in New York. She graduated from Swarthmore College and later from Yale Law School in 1954. Two years later, she joined the faculty at Yale Law School. In 1978, she was appointed to the State Supreme Court as Associate Justice. She then became Chief Justice in 1984 and served until her mandatory retirement in 1996.

Althought she was young when her parents left Nazi Germany, Peters' childhood memories of those horrific times influenced her determination to uphold the rights of the individual. Two years after graduating from Yale Law School, Justice Peters became the first woman appointed to its faculty, and was tenured in 1964. In 1975, she was honored with an endowed chair, becoming the Southmayd Professor of Law. She defied traditional expectations of women in her profession and became a full professor in 1975, even as she married and had children. She distinguished herself as an expert in contracts and commercial law, penning multiple articles as well as a book. 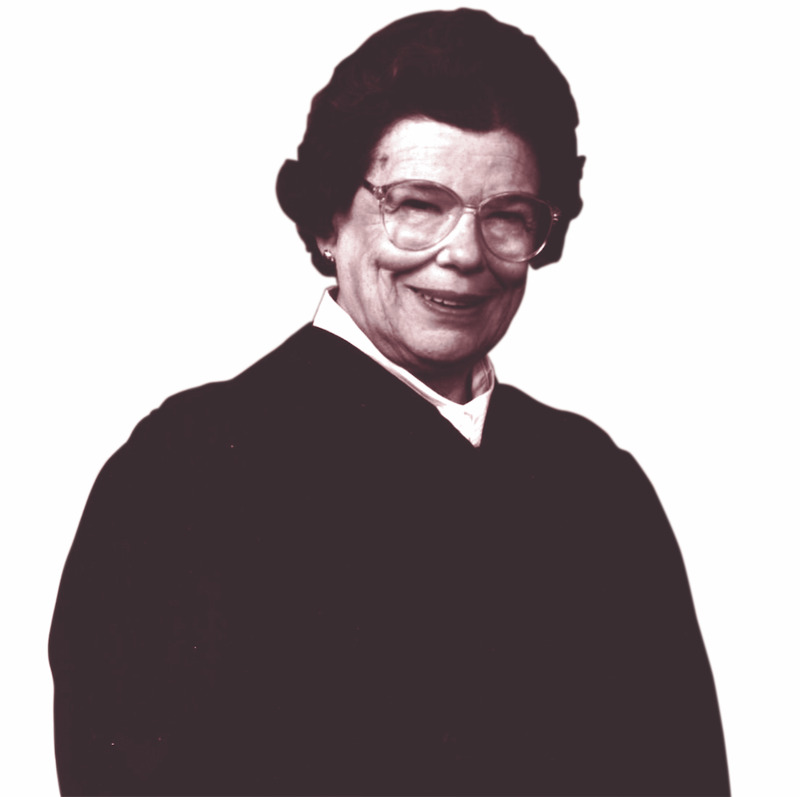 "I think a fair number of my colleagues expected me to teach for a few years and then disappear and have babies. I'm not sure when I knew that was nonsense." - Hartford Courant Interview, 4/2/1978

In addition to becoming the first female faculty member at Yale, Justice Peters became the first female justice of the State Supreme Court. During her time on the bench, she presided over several important state constitutional decisions, as well as ten new court facilities. Notably, Justice Peters wrote the 4 -3 decision in the landmark 1996 Sheff v. O'Neill case. The court ruled that the state had an obligation to provide Connecticut's school children with a racially integrated and substantially equal education.

Throughout her long career, Justice Peters' colleagues praised her dedication to efficiency, her intellect, and her direct and pointed questioning.

"I do believe that the law is an instrument for justice."

Justice Peters earned many accolades throughout her career, including the Yale Law School Distinguished Service Medal and the Hartford College for Women Pioneer Woman Award. She also beceame the first recipient of the Ella T. Grasso Distinguished Service Award. in 2002, the National Center for State Courts inducted the now-retired Chief Justice Peters into the Warren E. Burger Society, which honors individuals for extraordinary commitment to the improvement of the administration of justice. In March 21, 2015, then-Governor Dannel Malloy proclaimed Ellen Ash Peters '54 Day in honor of her accomplishments.