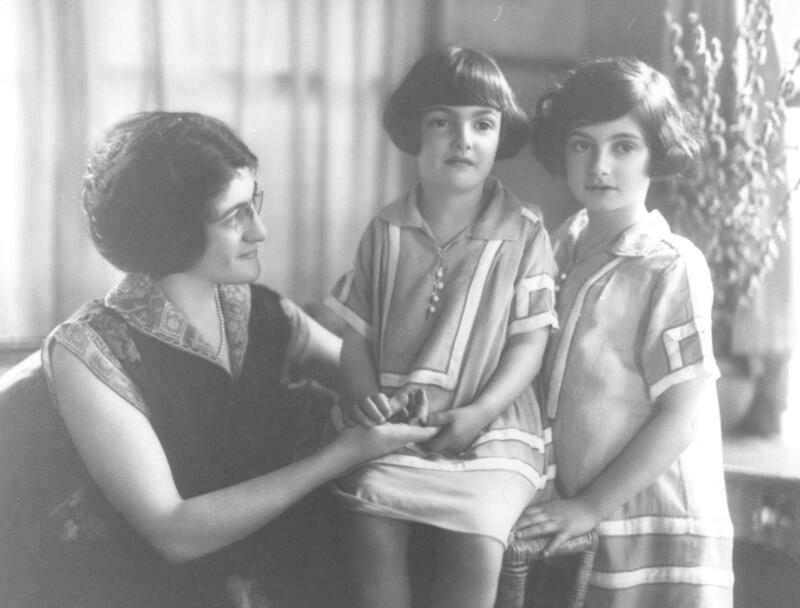 Beatrice with her young daughters, 1924

Beatrice Fox was born in Hartford on July 7, 1887 and married George S. Auerbach in 1911. After living in Salt Lake City, they moved back to Hartford to help run her family's department store, G. Fox and Co. Beatrice served as Vice President when her husband passed away in 1927, before taking over as President in 1938 upon the death of her father. Under her leadership, G. Fox and Co. became the largest privately-owned department store in the U.S.

"Don't write about me as a businesswoman: call me a woman in business."

Although Auerbach never finished formal schooling, she was well travelled and used her experiences to develop the company. As both a woman and a Jew, she was not expected to excel at heading up a large corporation, but she soon gained admiration and respect for her professional instincts.

Despite losing her husband at a young age, Auerbach ran a demanding business while also raising her two young daughters. Her loyalty and faith in her employees and customers was reciprocated, and the 1950's store expansion showed her commitment to downtown Hartford and helped with its revitalization effort. She was determined to continue her family's tradition of quality merchandise and customer service. 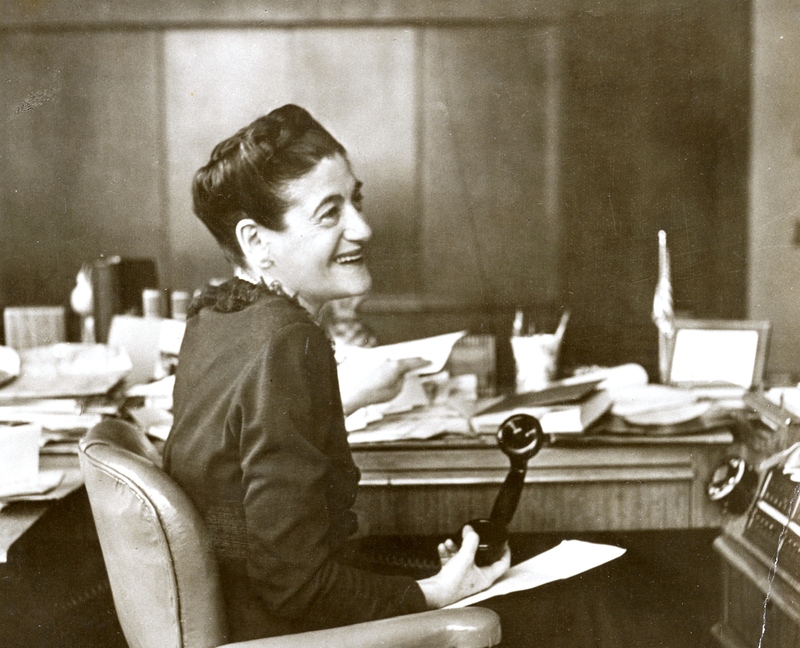 Beatrice at her desk

Auerbach aimed to create an equitable work environment in her store, promoting women, African Americans and veterans to upper-level mangement positions. She instituted new and progressive policies with liberal hiring, salary, pension, health and retirement packages, including a five-day workweek.  She trained her employees to treat all of her customers equally, and without discrimination.

Auerbach renovated the store with modernization and innovation in mind. Items were displayed for browsing, and customer service became paramount. She recognized that customers wanted the retail experience to be an event in itself and she remade G. Fox and Co. into a destination.

Auerbach knew that her financial success could have a larger impact.  Her foundation granted scholarships for higher education and subsidized the arts, music, hospitals and other institutions across Connecticut.  She actively supported higher education for women, funding scholarships and endowments at several institutions, specifically the major in Business Administration at Connecticut College for Women.  In 1945, she founded the Service Bureau for Women's Organizations, which helped women to train for leadership positions and to learn about national and international issues. 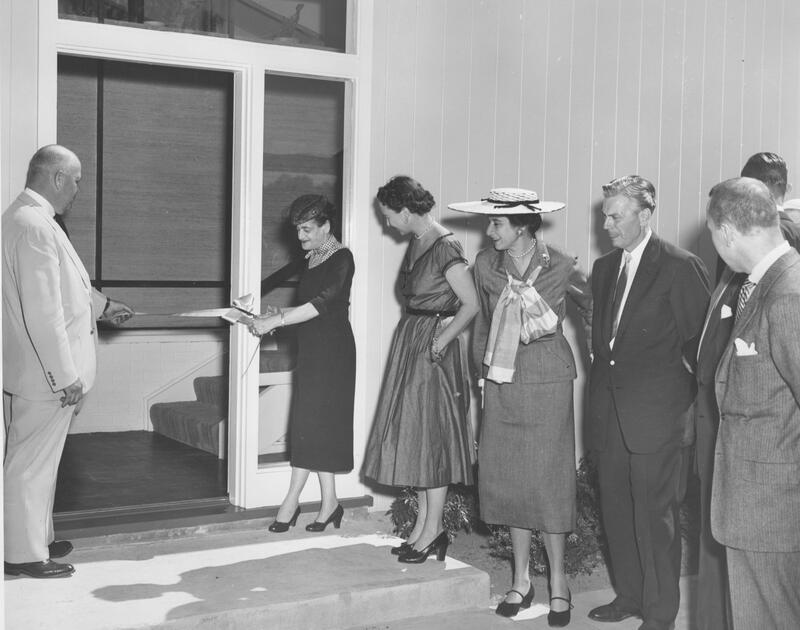 Beatrice presiding over a ribbon cutting

"The true beauty of retailing is that it teaches people to like other people for what they really are. Retailing is a poor word, it is a science and spirit and joy, the joy of working hard and the joy of thinking about other people." 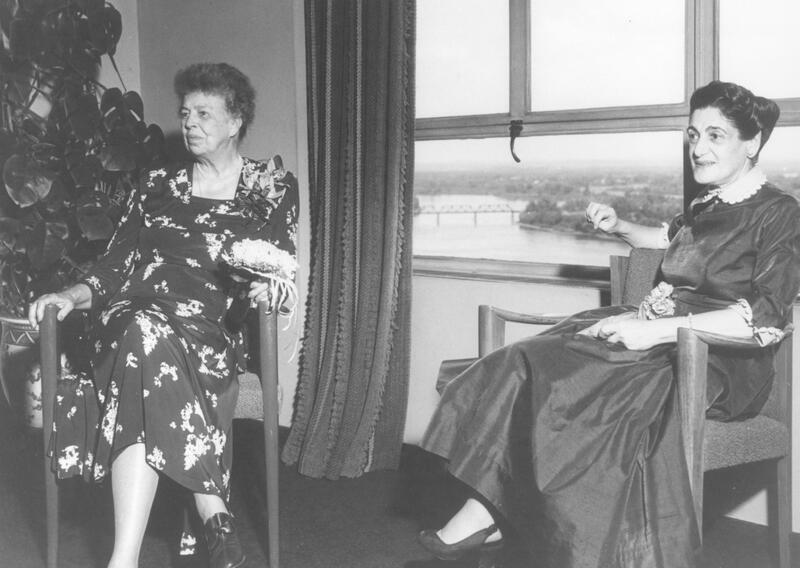 Auerbach struck up a friendship with Eleanor Roosevelt in 1946, when she invited Roosevelt to speak to the Women's Service Bureau. They corresponded frequently, sharing thoughts about young people and a thank-you note for eggs that Beatrice had delivered from her farm to Eleanor in New York by chauffeur. They had much in common; both were women of importance and both were widows. They kept up their letter writing until Eleanor's death in 1962 .