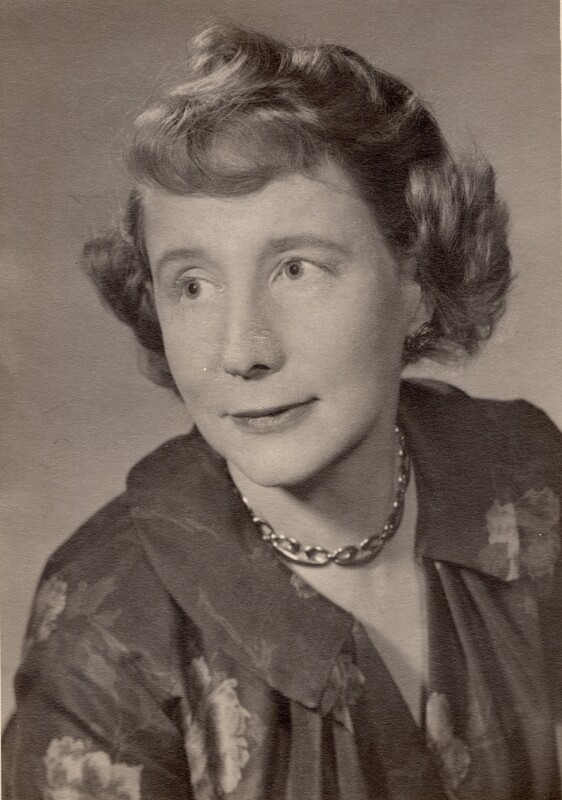 Florence Wald was born Florence Sophie Schorske in the Bronx, NY on April 19, 1917. She earned a B.A. from Mount Holyoke College in 1938 and a master’s degree from Yale School of Nursing. After working as a nurse and teaching at Rutgers University, she returned to Yale and became an associate professor and the first Jewish dean of nursing.

Inspired by the work of British hospice pioneer Cicely Saunders, in managing the pain of terminally ill patients, Florence worked to bring hospice care to the United States. She established Hospice Inc., the country's first hospice care facility in Branford. She continued to research and advocate for the hospice movement even after leaving the organization. Wald died at her Branford, CT home in 2008, at the age of 91.

"We must cure sometimes, but comfort always.”

Florence's approach crossed established boundaries of medical research, causing friction in the medical community. On a trip to an oncology unit at Yale, Florence observed oncologists working with cancer patients. She was reprimanded for speaking up and advising doctors on how to help patients manage their pain. The doctors made it clear to her that she was only there to observe, not to tell them how to practice.

Florence's boundless drive often conflicted with the political realities of running an organization. In leading Connecticut Hospice, she drove the planning process, had a major role in designing the in-patient facility, and brought cases against the nursing home industry to court. However, her egalitarian, consensus-building vision did not fit with power politics. Although an ensuing power struggle forced Florence to leave the organization, this did not deter her from continuing her work.

"You have to understand; it was the nurse in her. She was crossing lines as a researcher.” -Reverend Edward Dobihal, 2007

Florence changed dynamics within healthcare. She carved out an integral role for nurses in patient care, challenging the hierarchy which placed doctors as the supreme authority. Throughout her career, Wald's commitment to social justice and the dignity of life steered her work. Her 1965 research study identified many strengths and weaknesses in the healthcare system and highlighted the lack of patient involvement in their own medical care, as well as that of their families.

Florence believed sincerely in the importance of patient autonomy in their decision-making. Her vision for this new dynamic maintained that when no hope remains for a cure, the ultimate focus should shift to ensuring that the dying patient's physical, emotional, and spiritual needs are met.

"In those days, terminally ill patients went through hell, and the family was never involved. No one accepted that life cannot go on ad infinitum.”

Florence Wald’s work irrevocably changed end-of-life care in the United States. Her strong sense of justice and endless compassion inspired a movement that challenged pre-existing medical attitudes. She recieved many honors throughout her life, including honorary doctorates from Mount Holyoke College and the University of Bridgeport School of Nursing.

In her later years, Florence was still at work. She fought for incarcerated individuals to have the same right to adequate end-of-life-care, setting up hospice units across America's prisons. She is honored today as the mother of the American hospice movement.

"The hospice movement should encompass…the peace movement. It’s about life and the reality is that life is precious.”