Tucker was given many accolades in the second half of her career. In 1939, a luncheon was held to celebrate her 30th year on Broadway, and she became the first female president of the American Federation of Actors, a union for vaudeville performers.  In 1948, she was the first variety artist to be recognized with a civic reception by the Lord Mayor of London.

In 1952, Sophie was honored with multiple Jubilee dinners - in Houston, Los Angeles, and New York. The New York dinner, held at the Waldorf-Astoria, was sponsored by the Jewish Theatrical Guild of America, whose members proclaimed that Tucker was as American an institution as baseball and the Statue of Liberty. Tucker insisted that the dinner be a fundraiser, with the proceeds going to help actors in the industry.

That same year, she became the first woman member of the Friars Club, the private club for comedians and other celebrities.

What had interested me in the A.F.A. [American Federation of Actors] from the start was that it was organized by vaudevillians for vaudevillians...You cannot grow up in vaudeville, as I did, without realizing that every variety artist should belong to a union. For many years the variety artist was the butt of the inequalities in show business.

Courtesy Museum of the City of New York.

Tucker earned a huge ovation at the 1962 Royal Command Performance show at the Palladium. She was overwhelmed, but knew it was a fitting tribute: 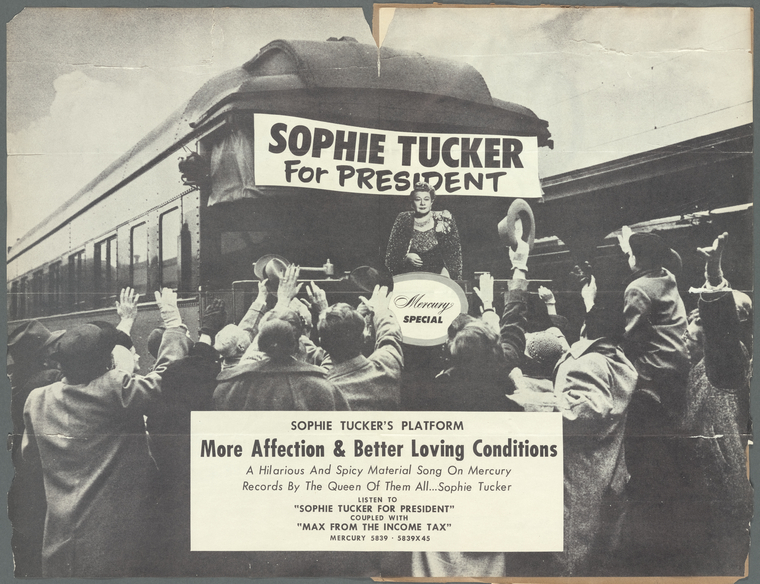 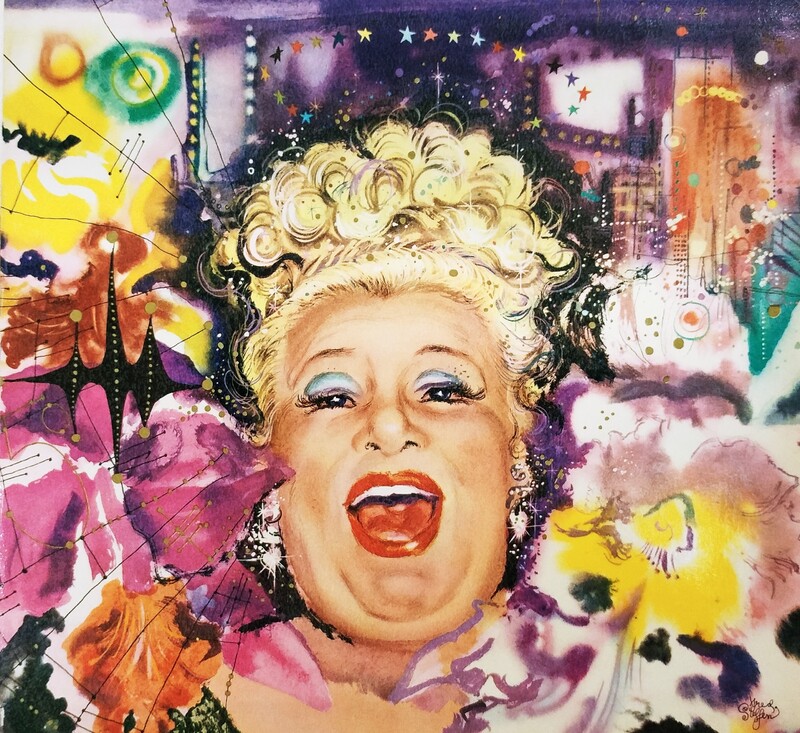 As her success continued, Tucker remembered the lessons of tzedakah she had learned from her mother, who had always found something extra to share with those less fortunate.

As a child, Sophie witnessed her mother's involvement with various Jewish groups in Hartford. Jennie was president of the Ladies Hebrew Benevolent Association, and was one of the founders of the Hebrew Ladies Old People's Home and the Hebrew Women's Home for Children. Sophie continued her mother's charitable tradition on a larger scale, through performing at benefits and by making her own donations.

In 1945, Sophie published her autobiography, Some of These Days, and she used the profits to create the Sophie Tucker Foundation. In 1953, all the revenues from her Golden Jubilee album, Sophie Tucker - 50 Glorious Years, also went to the Foundation.

Tucker particularly liked to sing at orphanages and prisons without charging a fee, and would perform for charity at the drop of a hat. During the course of her decades-long career, she donated over four million dollars to charity. Her favorite causes included youth centers, a high school wing in Israel, a maternity clinic at Denver's General Rose Memorial Hospital, and a chair in Theater Arts at Brandeis University that she endowed. But she never forgot Hartford, giving generously to the Emanuel Synagogue, and, in 1955, raising almost $1,000,000 in a benefit performance for the Hebrew Old People's Home, which her mother had helped organize.

"The house when I come in is full of women: all of Mama's friends...'It's my committee,' Mama explains importantly. 'We're planning how to raise money to build the Jewish Home for the Aged." 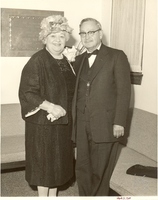 Tucker with Rabbi Morris Silverman of the Emanuel Synagogue, at a gala held in April 1960 where she served as M.C. 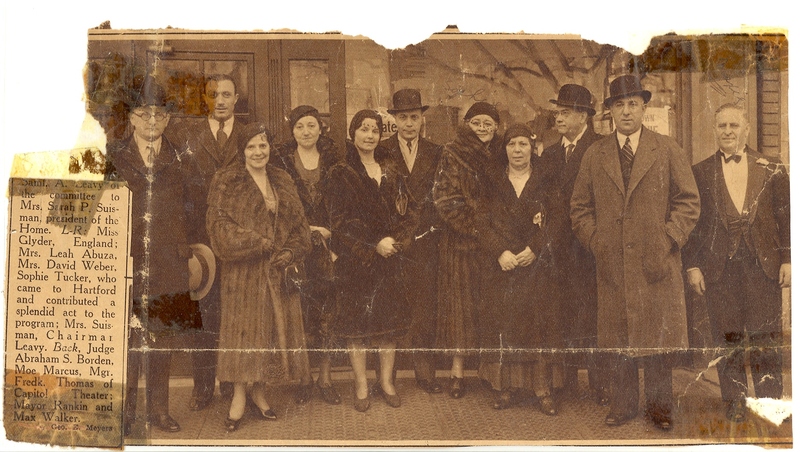 Sophie with the fundraising committee of the Hebrew Home for the Aged, after a benefit performance. 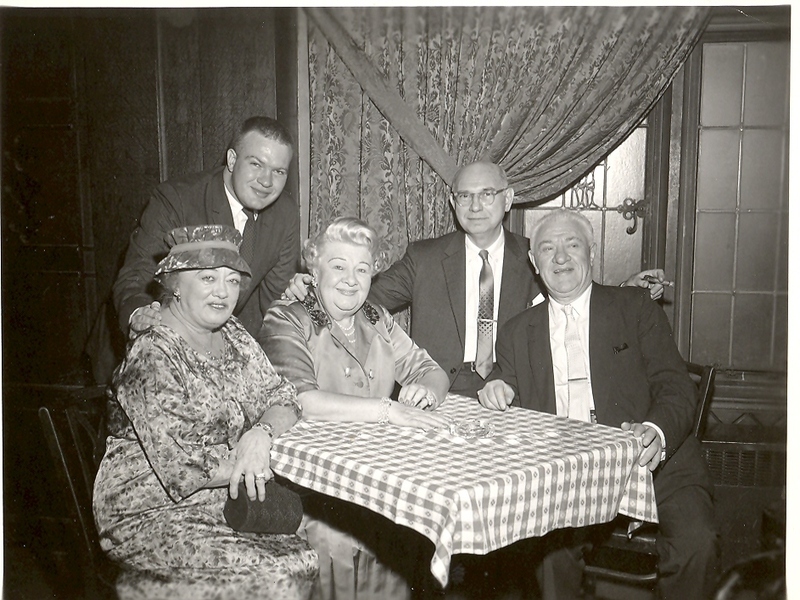 In the fall of 1963, Sophie was diagnosed with lung cancer. In her indomitable way, she continued to work until weeks before her death on February 9, 1966 at age 82.

Thousands, including many show business personalities, attended her New York funeral service and The Morris Agency paid for a special railroad car to bring Sophie home to Connecticut. She was buried at the Emanuel Cemetery in Wethersfield, where 3,000 mourners attended her burial  - and striking teamsters’ union hearse drivers temporarily called off their picket in her honor.

As the Hartford Courant once declared, Sophie was the "Pride of Hartford."

In the years since her death, Sophie Tucker has been an inspiration and role model for many contemporary female performers. She made a place for herself onstage despite the obstacles she faced, and adapted through decades of changing entertainment genres, maintaining her strong connection with audiences at every turn. Through music and humor, she shattered outdated perceptions of sexuality. She introduced millions to Jewish culture and values, and left a strong legacy both through her on stage success and her offstage generosity.