If You Could Sing and Make People Laugh

Sonya Kalish was born on January 13, 1884 in Ukraine, "on a lonely road between Russia and Poland," while her mother Jennie and brother Phillip were en route to America. Sophie's father Charles awaited their arrival in Boston, having fled to avoid Russian military service. His fear of the authorities was so great that he adopted a new name, Abuza, for the family.

Papa ran away from his military service to go to America. Somewhere along the way he fell in with an Italian named Charles Abuza, also A.W.O.L. The two palled up. Then Abuza fell sick and died. Papa, who had a terror of the Russian authorities reaching out and grabbing him and shipping him to Siberia for life, prudently helped himself to the Italian’s papers and moniker.

Don’t ask me what the United States Immigration officers made of an Italian who couldn’t speak anything but Russian and Yiddish; but it was as “Charles Abuza” that Papa got into this country, and found a job in Boston. 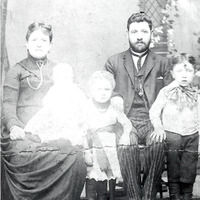 They settled in Boston but later moved to Hartford, Connecticut, where opportunities seemed to be greater. In 1896, Charles and Jennie leased 189 Front Street and opened Abuza's Home Restaurant - a kosher eatery serving Eastern European food. But Charles had a taste for gambling, and Jennie had to labor endlessly to keep the restaurant afloat.

Rose Witkower recalls watching Sophie perform for the other children in Hartford, in this 1975 oral history interview.

The Hartford in which Sophie grew up was a destination for immigrants from eastern and western Europe, as well as for migrants from the U.S. South. The Front Street neighborhood where the Abuza family opened their restaurant was home to Italian, Jewish, and other immigrants as well as to African-Americans. Facing the Connecticut River, the neighborhood consisted mostly of three- and four-story brick tenements, with stores on the ground floors filled with businesses such as groceries, bakeries, fruit stores, and saloons. Pushcart vendors selling fruits, vegetables and other items crowded the streets daily.

The year I was eight Papa bought a business in Hartford and we moved there. There were now four Abuza kids—Philip, me, Anna, and Moses. The new restaurant was on Front Street overlooking the Connecticut River and the docks. It was an exciting street for a kid : all kinds of people coming and going at all hours, big trucks loading and unloading at the piers, boat whistles and bells sounding all day.

Not far from theaters like Poli's and the Robert's Opera House on Main Street, the city's largest theater hall, the Abuza restaurant often served performers in vaudeville and other shows when they came to Hartford.

'LET THE FAT GIRL DO HER STUFF'

It was in the restaurant that Sonya (now known as Sophie) made her singing debut. At age 13, she waited on tables and belted out popular tunes of the day - often receiving generous tips of 25 or 50 cents.

At that time the great popular song hit was “Just Break the News to Mother.” Everybody sang it, including me. At suppertime, when the restaurant tables were well filled up and the place steamy with the plates of hot food, I would stand up in the narrow space by the door and sing the tear-jerker with all the drama I could put into it.  At the end of the last chorus, between me and the onions, there wasn’t a dry eye in the house.

Sophie would give most of the tip money to her mother, who used it for family expenses and to provide for poorer members of the community. Sophie used the rest of the tips to take her friend Dora along with her to shows at Poli's Vaudeville Theatre or the Hartford Opera House. They had their favorite "vaudevillians," including Jewish actors Madame Lipsky, Jacob Adler, Boris and Bessie Thomashefsky, comedian Morgoulis, and Sophie's "ideal Jewish artist," Bertha Kalich - all whom dined at the Abuza's restaurant when in town. Many other traveling performers also came to the restaurant, and sometimes also boarded in the Abuza home.

Jacob Adler and Bessie Thomashefsky encouraged Sophie to join a Jewish theater company, but she was not prepared, seeing the struggle of Jewish shows to succeed in the broader entertainment world.  She continued to perform at Riverside Park amateur nights, at first accompanying her younger sister Anna. When audiences started recognizing her more, they shouted, "Let the fat girl do her stuff!" and she stepped up from the piano stool, sang, and tried to get as many laughs as she could. "That was when I began to say to myself that maybe, in show business, size didn't matter if you could sing and make people laugh."

I HAVE DECIDED THAT I CAN DO BIG THINGS

A solitary teenager, Sophie was flattered by the attentions of Louis Tuck, a handsome neighbor who worked as a delivery man. In the spring of 1903, when she was 16 and had finished high school, they eloped and married in Massachusetts. Her Orthodox parents were mortified and insisted that the two live apart until they had a proper Jewish wedding.

Mama turned to me. “What does he work at?”

I told her: “He drives a beer wagon.”

To stretch Louis' meager paycheck, they moved in with Sophie's parents, forcing her to resume working in the restaurant. In February 1905, Sophie's only child, Albert Tuck, was born, and money became even tighter.

Sophie feared that she would never escape from the drudgery of the restaurant. Louis was a spendthrift, so she gave him an ultimatum: "support the family or we separate." Unwilling to change, Louis moved out, and Sophie began making plans for her future. Telling her mother she was taking a vacation, she left her baby with her sister Annie, and with $100 in savings, took the train to New York to pursue her passion. 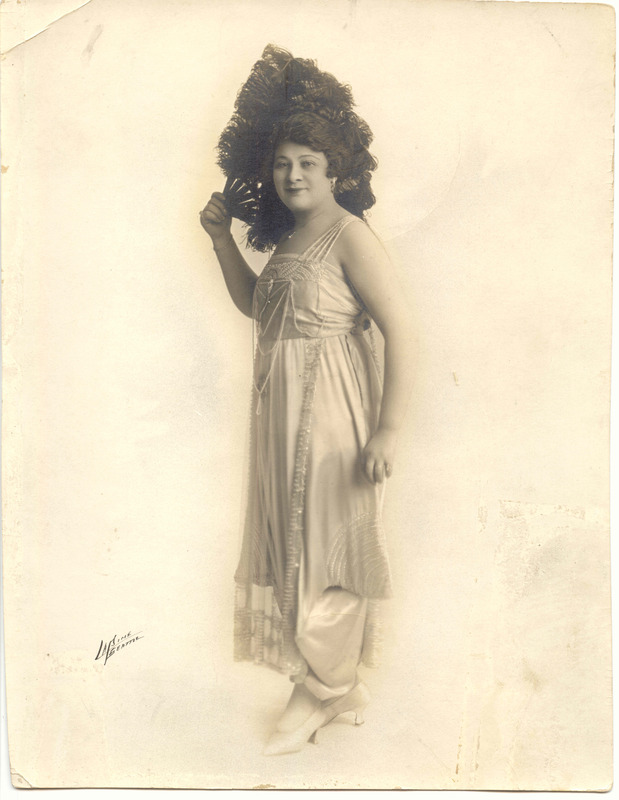 Sophie in an early costume

I WILL MAKE YOU PROUD

Sophie wrote the following in her first letter home after moving to New York around 1906:

I have decided to go into show business. I have decided that I can do big things and have definitely made up my mind that you will never stand behind a stove and cook any more, and every comfort that I can bring you both I am going to do, and I know I can do it, if you will let me alone. Don't come to take me back home. Take care of Son and I will make you proud of me some of these days.

Love to all,
Sophie.